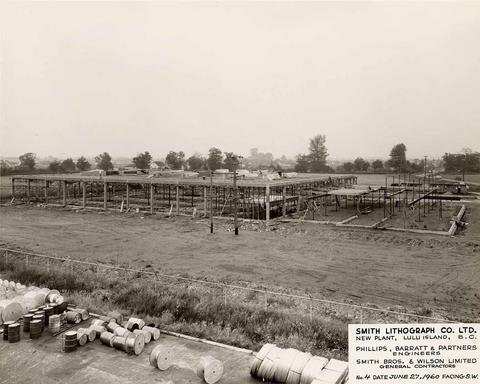 Exterior shot of skeletal frame of two story building with one story extension; metal scaffolding around outside of frame; stacks of wood and two construction workers on top of building.