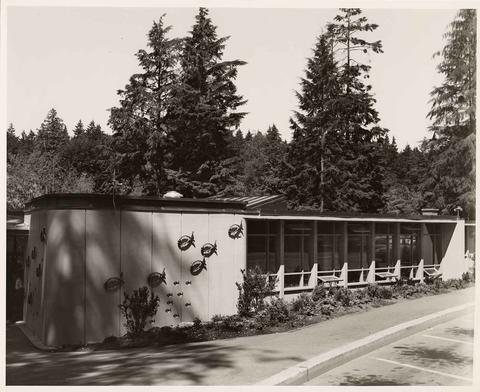 Photograph depicts the exterior of the Vancouver Aquarium Marine Science Centre in Stanley Park. The Aquarium officially opened in 1956. The first to capture and display an orca (Moby Doll, which was held for three months in 1964), the Aquarium has since 1996 vowed to never again capture cetaceans in the wild. Though the Aquarium hold animals in captivity, it also contributes a huge amount to conservation and research programs.