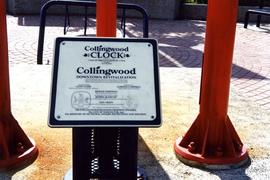 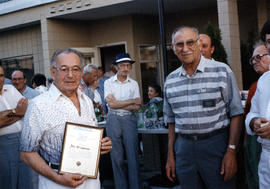 Photograph depicts a group of men at a barbecue with one man holding a plaque. 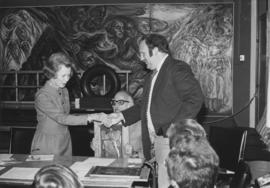 Wooden plaque with brass nameplate which reads: "Presented to Dr. & Mrs. Irving Snider, Congregation Beth Israel acknowledges with gratitude your generous contribution to the refurbishing of the Judaica Shop, September 1993." 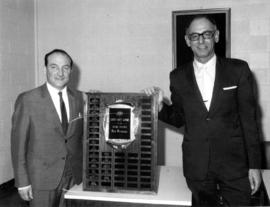 Photograph depicts Ed Friedman and Dave Jackson with a plaque. 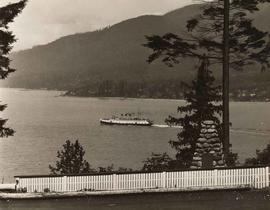 Photograph depicts the First Narrows, taken from Stanley Park at Prospect Point with the S.S. Beaver cairn and plaque in the foreground. A Union Steamship heads west out of the narrows; across the narrows, housing at Ambleside in West Vancouver line the shoreline; the pier at Dundarave is seen faintly in the distance; Hollyburn Ridge rises above West Vancouver. 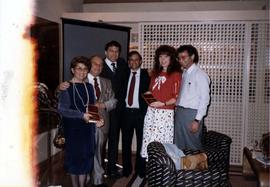 Photograph depicts a group of men and women holding plaques. 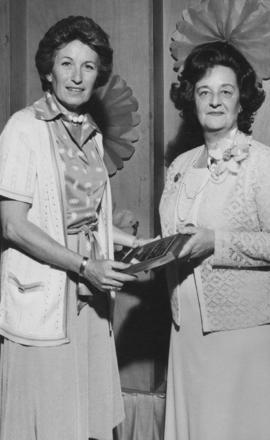