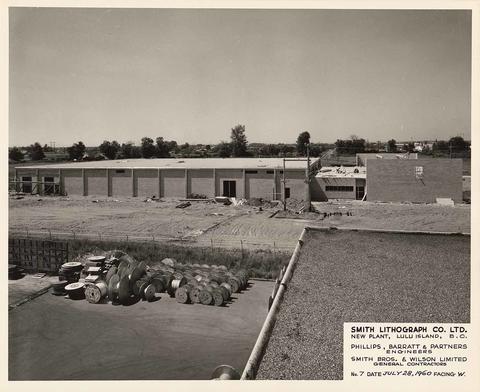 Exterior shot of two story concrete building under construction; one construction worker on roof; dirt mounds and debris around perimeter of building site; collection of wire spools in left corner of image.