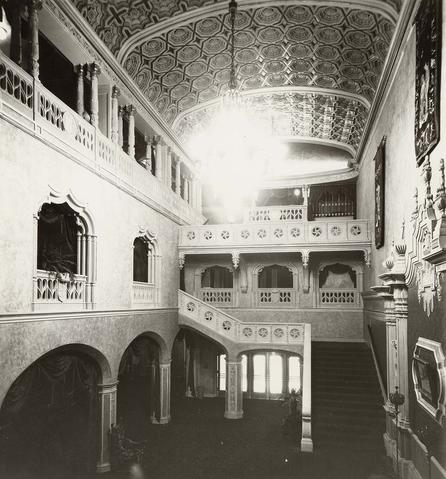 Photograph depicts the foyer of the Orpheum Theatre. The Orpheum Theatre was built in 1929 by the Orpheum vaudeville circuit and showed mainly movies until the 1970s. In 1974, it was purchased by the City of Vancouver, underwent extensive renovations and was reopened in 1977 as the home of the Vancouver Symphony Orchestra.