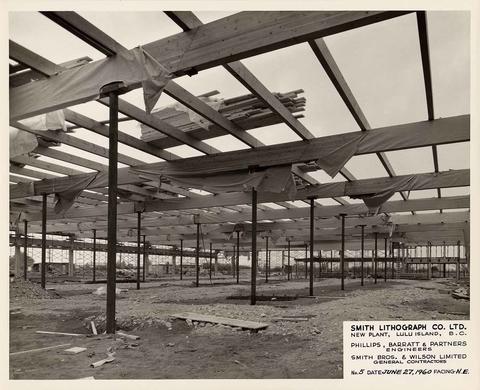 Exterior shot of wood and steel framing and foundation level of building; metal scaffolding around perimeter of frame; stacks of wood on top of frame.