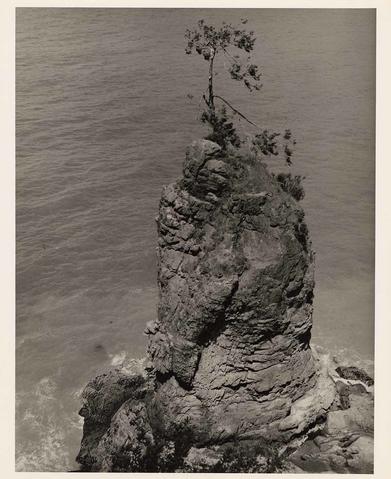 Photograph depicts Siwash Rock. According to Skwxwú7mesh (Squamish) legend, Siwash Rock is the transformed body of a Skwxwú7mesh man who asked the great Transformer Q'uas for nothing more than prosperity for his people. Q'uas transformed him into rock so that he could serve as an indestructible monument to selflessness.

Large, rugged rock pillar position just off of shoreline; small sapling growing on top of rock; small waves crashing around base of rock.