Photograph depicts the Vancouver rail yards and Kelly Douglas & Co. Ltd. building, as seen from the CPR station. Built in 1905, the Kelly Douglas building is now known as The Landing and serves as a heritage office building, as well as a spac... 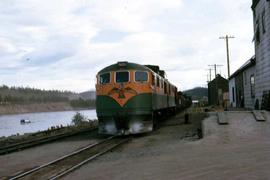 Colour Kodachrome 35mm slide depicts the White Pass and Yukon Route railway station in Skagway, Alaska. This railway is unique as it has no direct connection to any other railroad and only stretches to Whitehorse, Yukon. 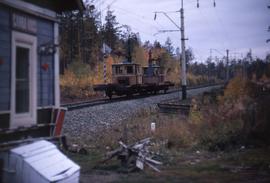