Oral history interview with Cantor Murray Nixon who was born in Poland, 1922. 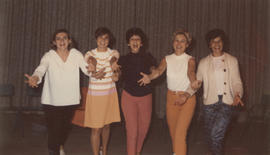 Photograph depicts five women with their arms out. 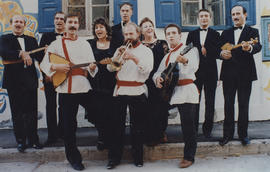 Hadassah Wizo Convention, performers 'From Russia to Israel with Love'

Photograph depicts a musical group with singers and various instruments. 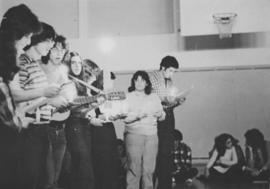 Music at the JCC 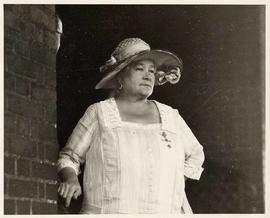 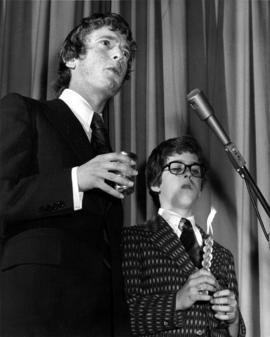 Photograph depicts two boys on stage singing, one holding a cup and the other a candle.