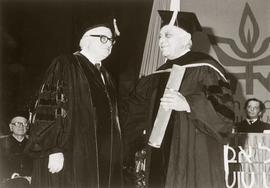 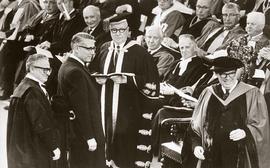 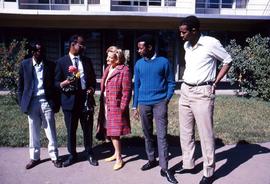 Phyliss Snider with some students attending University of Alma-Ata 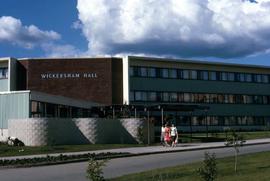 People walking by the Wickersham Hall, part of the University of Alaska in Fairbanks

Colour Kodachrome 35mm slide depicts people walking by the Wickersham Hall, part of the University of Alaska in Fairbanks.Note: Brightness adjusted on JPEG. 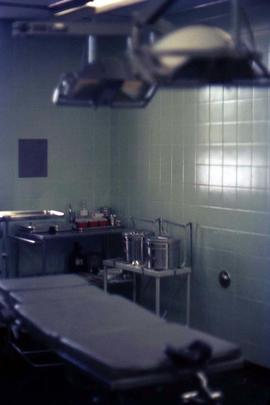 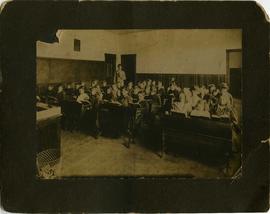 Photograph of the Seidelman children in a classroom at Macdonald School in Vancouver, British Columbia, with a group of unidentified children. 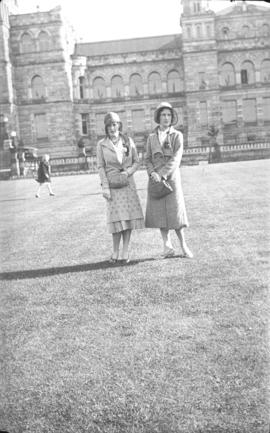 Black and white image of two women standing in a grassy area, with a building in the background. On back of print, someone wrote "Britannia High School". (Both print and negative are available. Negative was scanned.) 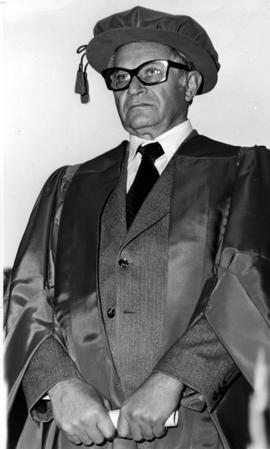