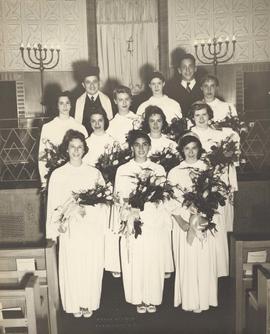 An interview with Sonia Rose, who was born in England and arrived in Victoria in 1918. She describes her involvement in Jewish community life in Victoria. Sonia was active in Eastern Star and B'nai B'rith, a charter member of Hadassah, m...

An interview with Harold Wodlinger who was born in Manitoba in 1890. He worked as a telegraph operator before joining the Canadian Army in the Artillery Corps and after he left. Harold bought a business in Leask, Saskatchewan from and Englishman a... 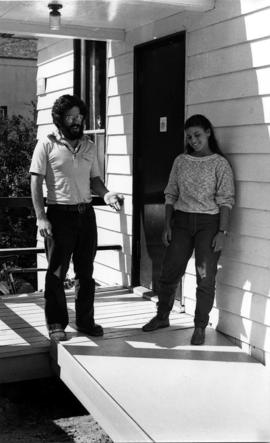 Photograph depicts Rabbi Daniel Seigel and a young woman on a porch. 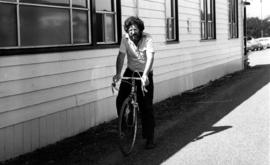 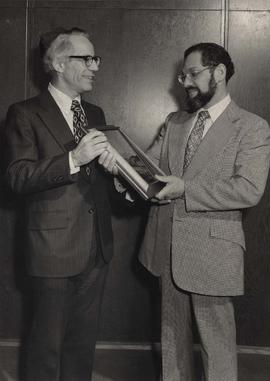 Photograph depicts an unidentified man and Rabbi Solomon holding something in a frame. 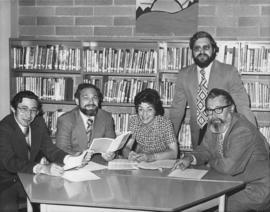 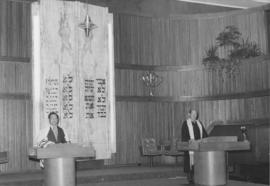 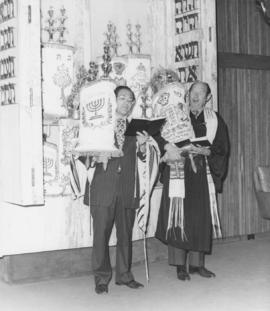 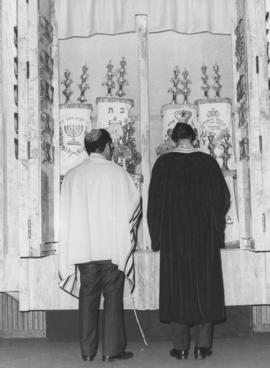