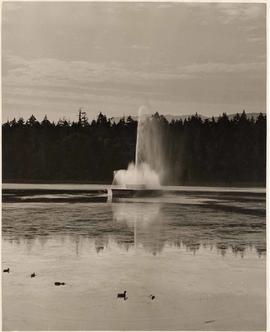 Photograph depicts the fountain in Lost Lagoon. The fountain was installed in 1936 for the Golden Jubilee, Vancouver's 50th year.

Stream of water shooting from round concrete inset in water; ripples and ducks in water in foreground of image; trees and mountains in background. 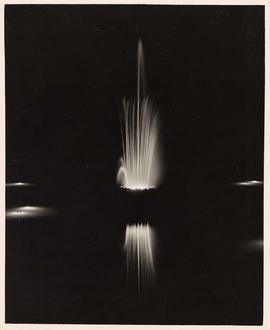 Photograph depicts the Lost Lagoon fountain in Stanley Park at night. The fountain was constructed in 1936 in celebration of the Golden Jubilee, Vancouver's 50th year.

Streams of water jetting out of illuminated concrete base; reflection of streams in water below fountain. 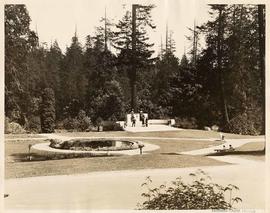 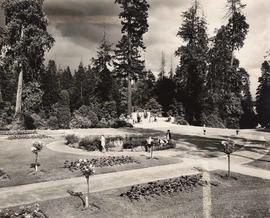 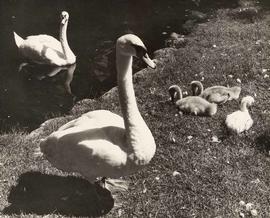 Two adult swans in left of image; three cygnets in right of image; down feathers litter the grass. 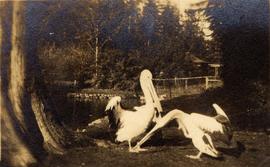 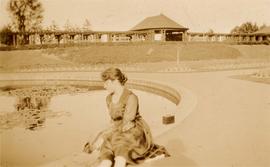 Image of a woman sitting by an artificial pond. 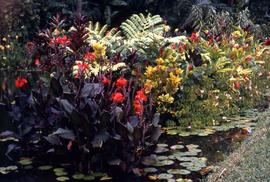 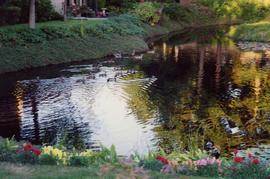 [Pond surrounded by a garden on an unknown property]

Colour print depicts a pond surrounded by a garden on an unknown property.