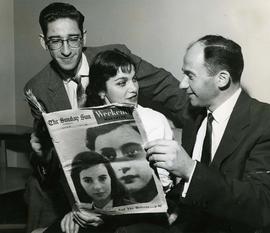 Photograph depicts a publicity photograph for "The Diary of Anne Frank" with Ben, Bena Shuster, who plays Anne Frank, and Max Power holding a copy of the Vancouver Sun with Bena Shuster on the front cover of Weekend Magazine. Title taken from item. Written on the verso: CE Cover 1st Week

Oral history interview with Cantor Murray Nixon who was born in Poland, 1922. 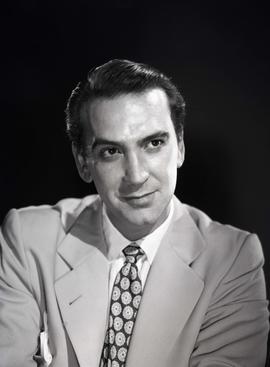 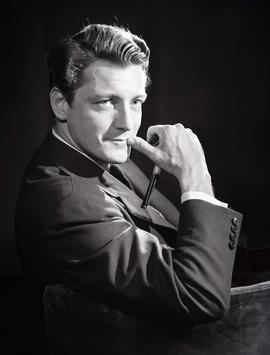 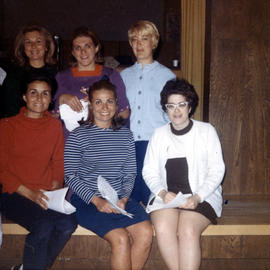 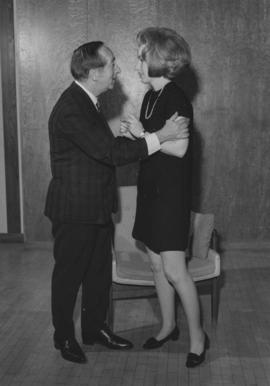 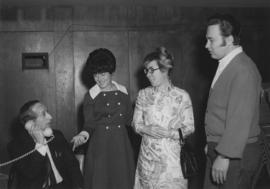 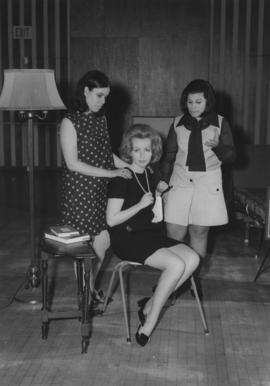 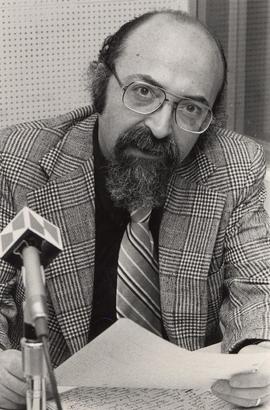 Photograph depicts Chaim Potok with a microphone in front of him.