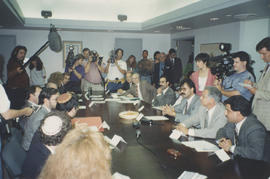 Photograph depicts two rows of people facing each other across a conference table, surrounded by the media.

Oral interview with Lauren Kramer. Interviewed by Bill Gruenthal. Lauren talks about her family's history in the medical and health profession, their immigration from South Africa to Canada, and her various experiences across North American cities. 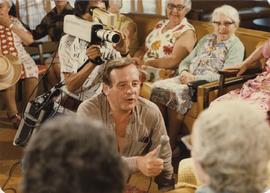 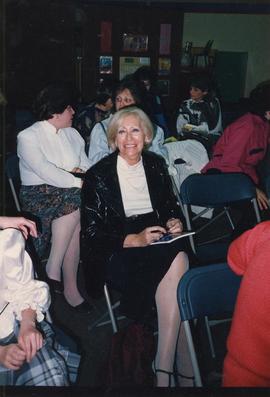 Oral history interview with Rabbi Victor Reinstein who was born in Boston, 1950. His wife Sue is a journalist. Moved from Maine to Victoria in 1982.

Oral interview with Sylvia Friedman. Interviewed by Junie Chow and Josh Friedman for the Oakridge exhibit.