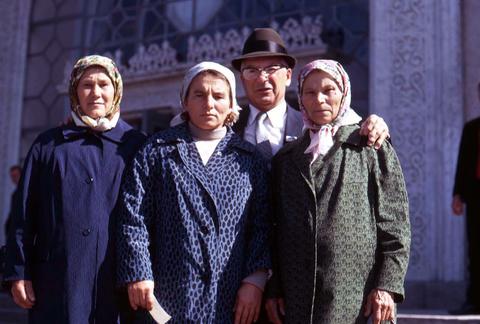 Colour Kodachrome 35mm slide depicts Irving Snider standing with three women outside of the airport; in Almaty, at this time known as Alma-Ata.

Note for this slide reads: "Phyliss had met three women at the airport and gave them ball point pens. She took a picture with them and while we were waiting in the VIP room for departure [to the next city Tashkent] they went and bought her a beautiful gift for 5 rubles. She sent them three pairs of nylons from Moscow..."