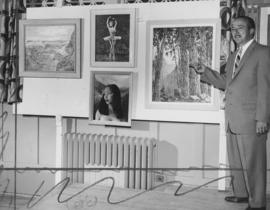 Photograph depicts a man standing before a display of artwork. Crop marks are drawn on the photograph. 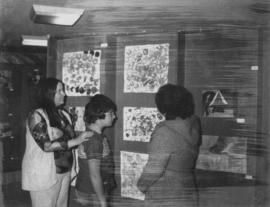 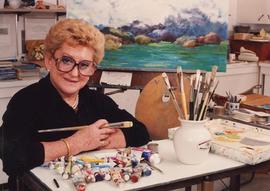 Gertie Zack working on a painting (#36)

Photograph depicts Gertie Zack holding a paintbrush in front of a painting in progress.
Written on verso: Oct. 27/88. Aug. 9/90. 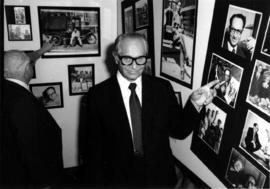