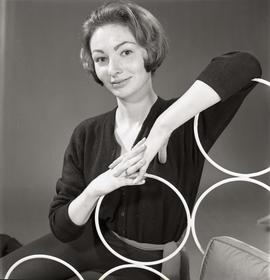 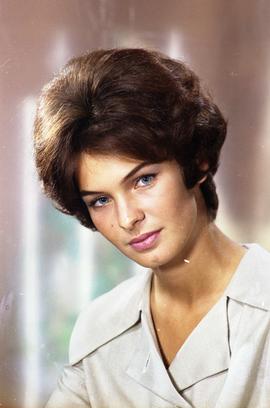 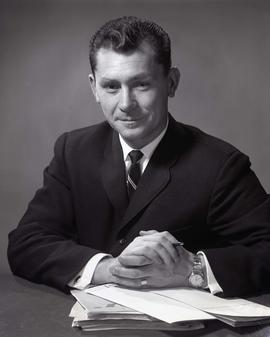 Black and white portrait of Miss Guiski. She is holding an umbrella. 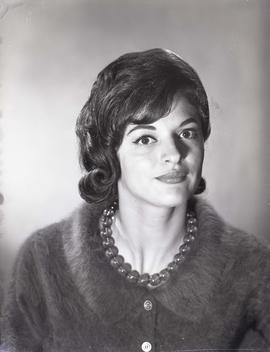 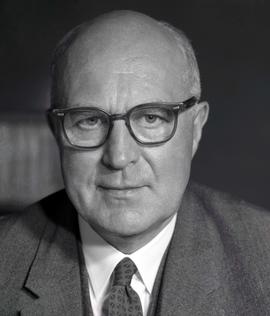 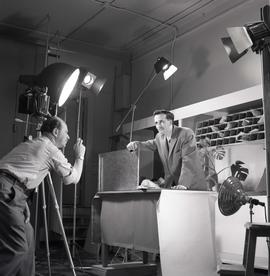 Photograph depicts a reception at a hotel for Donnett Bennet of BC Telephone Company, done for Lovick. Photograph also depicts Fred Schiffer in foreground, setting up. 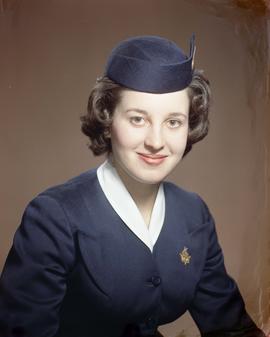 Colour portrait of Miss Sharon Cameron in a flight attendant uniform. She is wearing a TCA (Trans-Canada Air Lines) pin.