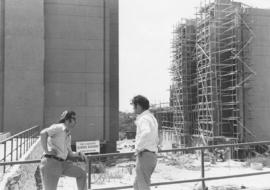 Photograph depicts two unidentified men at the site of the Canada Science Building while it is under construction. 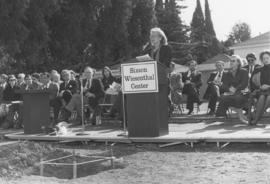 Photograph depicts Frances Belzberg giving a speech at the site of the Simon Wiesenthal Centre. The centre appears to be under construction. 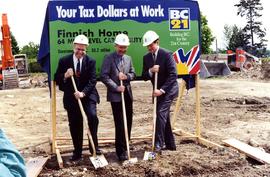 Photograph depicts Bernie Simpson and two unidentified men posing with shovels. There is a sticker on the blade of the shovels, which read: "BC - 21". The image appears to be taken at a construction site. Behind the men is a green and blue sign which reads: "Your tax dollars at work - BC 21 - Building BC for the 21st Century - Finnish Home - 64 M[ulti] [L]evel Car[e] [Fac]ility - Governme[nt] $8.2million". 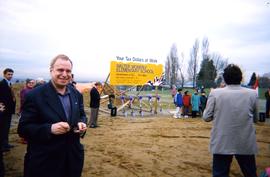 [Bernie Simpson with a sign in the background which reads: "Walter Moberly Elementary School"]

Photograph depicts Bernie Simpson standing in a cleared space, possibly a construction zone. Behind him is a yellow sign which says: "Your Tax Dollars at Work - Walter Moberly Elementary School - Government of B.C. - $4 million - Jobs during construction - 50 - School District No. 39 Vancouver - Government of British Columbia". Leaning on the sign are five shovels, wrapped in purple ribbon. 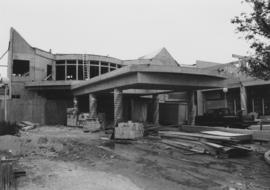 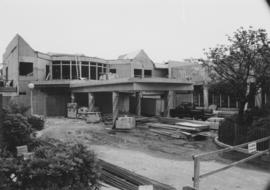 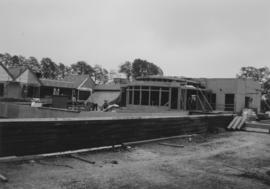 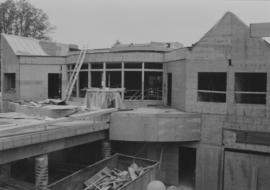 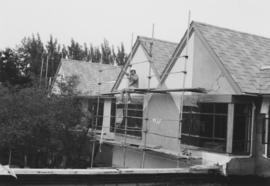 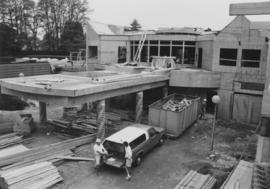