Oral history interview with Anna R. Leith who was born in 1923 in Prince George. Studied bacteriology in University and wound up working in Bio-Medical Libraries. Involved in a number of associations, Canadian Society of Lab. Technologists; active in the General B. C. Library Association., president eventually, the B.C. Librarians, and Canadian Library Association. After she retired she joined the National Council of Jewish Women, the Genealogy Association of B.C, the JCC and the Jewish Historical Society.

Interview with Anne Andrew on Jewish education in BC. Anne discusses her involvement with Temple Sholom School in Vancouver. She worked as a teacher for a few years before working as principal of the school for 20 years. 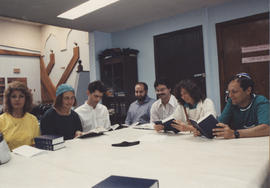 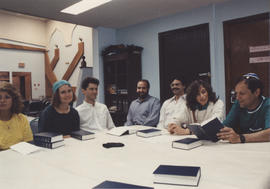 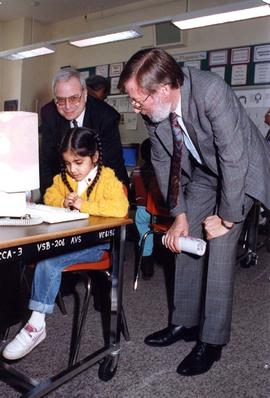 Photograph depicts Bernie Simpson and an unidentified man bending over a young girl at a computer. The young girl is likely Neetu Nijjar. This photo was likely taken during Bernie's visit to Walter Moberly Elementary School. Written on verso: "Neetu Nijjar". Neetu is seated at a desk which has: "...CCA-3 - VSB-206 - AVS - VE6156" written on it. 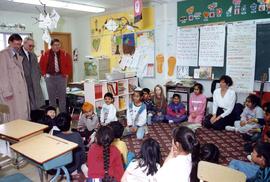 Photograph depicts Bernie Simpson and two unidentified men standing in a classroom. Bernie is second from the left. There is a circle of children seated on a carpet around a woman in a white shirt, likely their teacher. This photo was likely taken during Bernie's visit to Walter Moberly Elementary School. 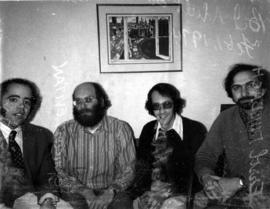