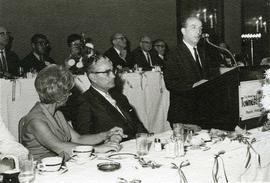 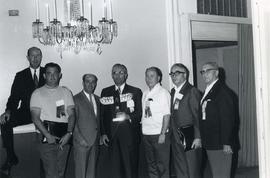 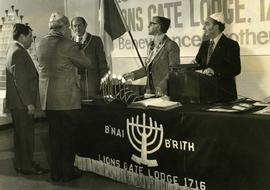 Photograph depicts Alec Jackson and others at the 25th anniversary meeting of B'nai B'rith Lions Gate Lodge No. 1716. 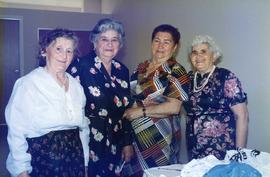 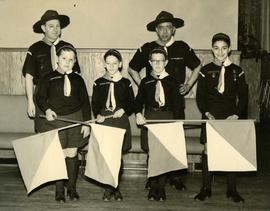 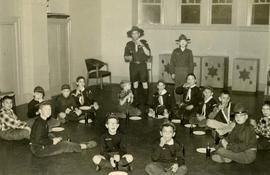 Photograph attached to scrapbook. It depicts Cubmaster Chuck Kemp and cub scouts from the 42nd B'nai B'rith cub pack sponsored by B'nai B'rith Lion's Gate Lodge. The group is eating a meal together. 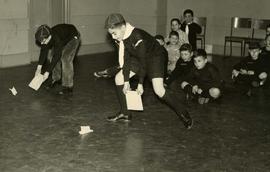 Photograph attached to scrapbook. It depicts cub scouts playing a game, while others watch. The cubs are members of the 42nd B'nai B'rith cub pack sponsored by B'nai B'rith Lion's Gate Lodge. 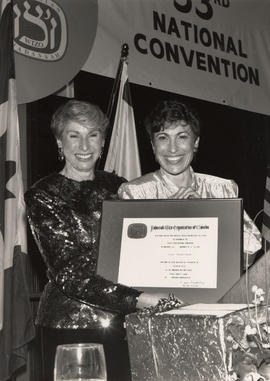 Photograph depicts (l-r) Judy Mandleman and Sandy Chernoff holding a plaque. The banner in background reads: "Canadian Hadassah-WIZO. [33rd] National Convention."
Caption "A Job Well Done. Judy Mandleman (left) receives a plaque from Sandy Chernoff, president of Vancouver Hadassah-WIZO Council for her work as chairman of the Hadassah-WIZO national convention held here Nov. 18 to 21. The plaque names Mandleman as a patron on the pillar of gifts at the Vancouver day care center in Kirat Sharrett, Israel." 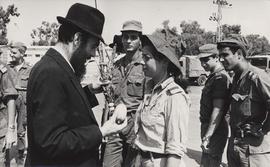