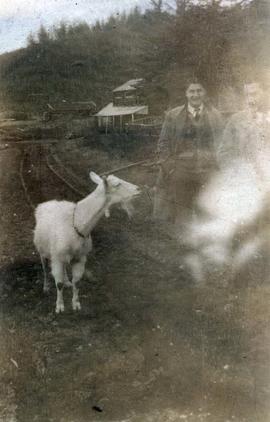 B&W print depicts a goat, Dr. Robert Franks and Dr. Irving Snider. The men appear to be superimposed on the image.Note: colour adjusted on jpg. 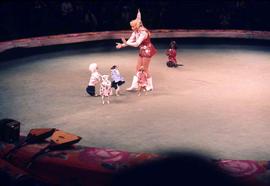 Woman and five dancing dogs in a circus ring 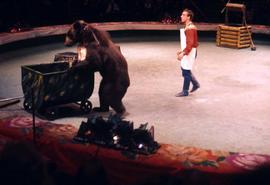 Man and bear in a circus ring

Colour Williams Color 35mm slide depicts a man and a bear in a circus ring. 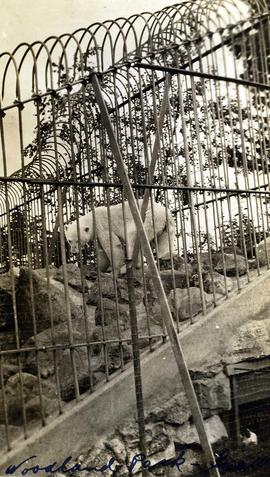 B&W print depicts a polar bear behind a fence in an enclosure. "Woodland Park - Seattle" is written on the bottom of the image.Note: colour adjusted on jpg.