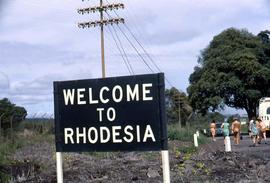 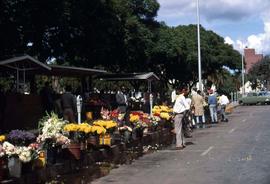 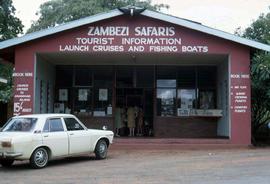 Colour Kodachrome 35mm slide depicts a building for the Zambezi Safaris in either Angola, Zimbabwe, or Zambia. 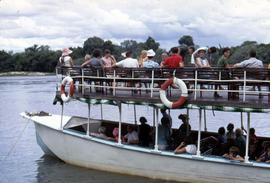 Colour Kodachrome 35mm slide depicts a boat for the Zambezi River Safaris in either Angola, Zimbabwe, or Zambia. 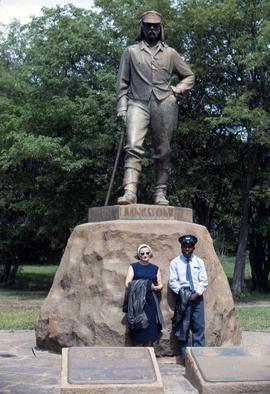