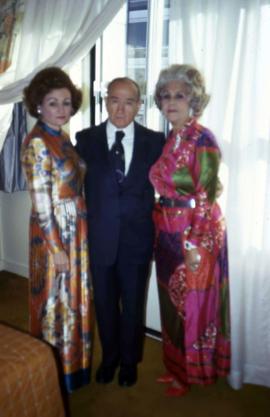 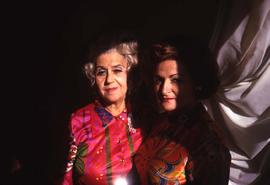 Bessie Karasov and niece Phyliss Snider posing for the camera

Colour Kodachrome 35mm slide depicts Bessie Karasov and Phyliss Snider posing for the camera, Bessie was Phyliss' aunt. This image was likely taken before a wedding. 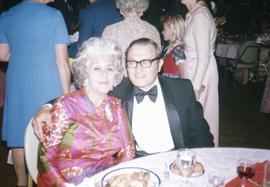 Colour Crystal Color 35mm slide depicts an unknown man and Bessie Karasov sitting at a table and posing for the camera. The image is most likely taken at a wedding.