Oral history interview with Harold Lenett who was born in Regina, 1928.

An interview with Fannie Segall who was born April 3, 1892 in Cupar, Saskatchewan homesteading with her daughter Annette, where she owned a store. Fanny describes her social life in Cupar; belonging to the bridge club; holding fund raising dinners and teas with the Ladies Auxiliary; packing parcels to be sent to the servicemen overseas once a month. She was also involved in Zionist organizations, the Legion and the Order of Eastern Star. 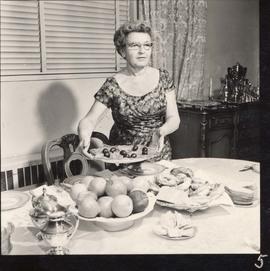 Oral history interview with Fannie Segall (née Barish) on her life growing up in Cupar Saskatchewan.