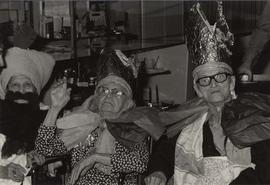 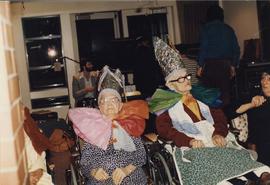 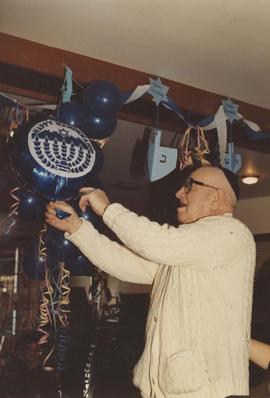 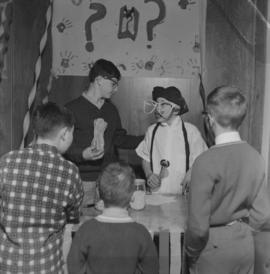 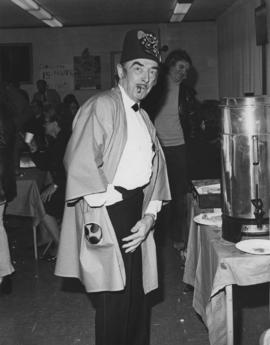 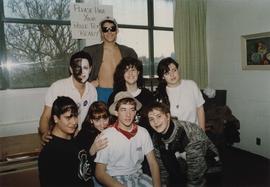 Photograph depicts young men and women in costumes posing together. 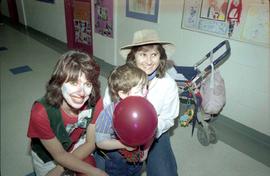 Photograph depicts two women and a boy in costume. 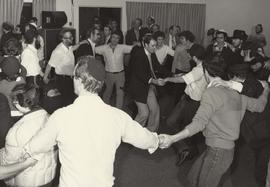 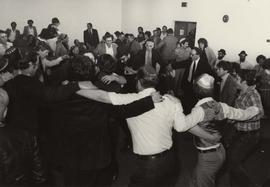 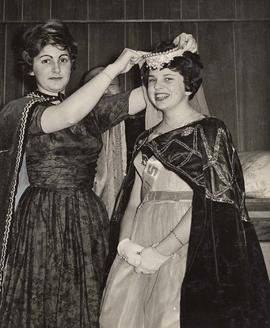