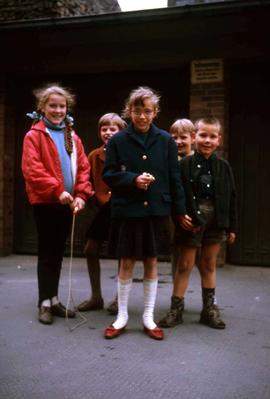 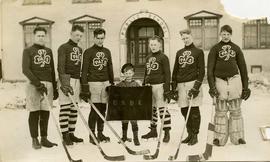 B&W print depicts a hockey team posing for the camera wearing St. Pats sweaters and holding hockey sticks. There is a small boy in the centre holding up a flag. There is writing on the back which is illegible due to the black backing. 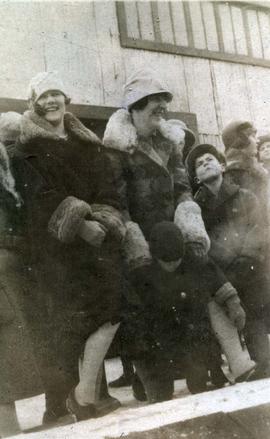 B&W print depicts unknown women dressed in flapper style clothing and two children standing on what appears to be a pier. There is a building behind them.
Note: colour adjusted on jpg. 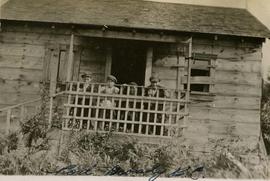 B&W print depicts four unknown boys on the porch of a building. "Port Moody, B.C." is written on the bottom. 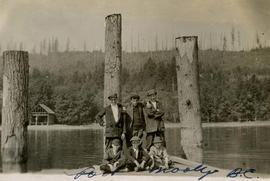 B&W print depicts six unknown boys posing on a dock. "Port Moody, B.C." is written along the bottom of the image. 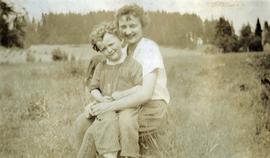 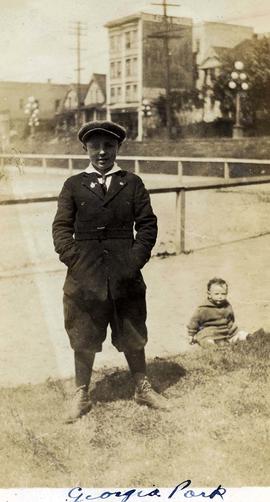 B&W print depicts an unknown young boy posing for the camera and in the background there is a baby sitting on the ground to the right of the boy. "Georgia Park" is written at the bottom centre of the image.
Note: colour adjusted on jpg.