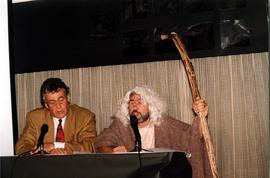 Photograph depicts two men behind microphones, with one man in costume, they are possibly performing a skit.The caption from the JWB reads: "Edward R. Burrow" (Mel Sprackman) with "world's oldest canvasser Meyer Burscovitch&quo... 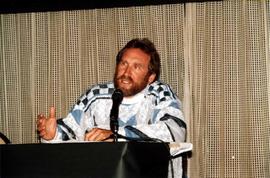 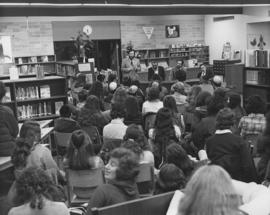 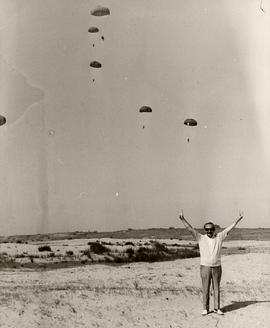 'Israeli Paratroopers,' [Ben Wosk ?] standing in open field, parachutists in the sky above him

Photograph depicts Ben Wosk standing in a field with his arms stretched up while Israeli paratroopers parachute down behind him. 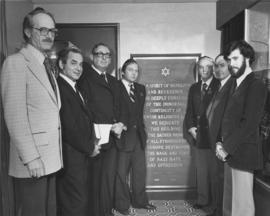 Photograph depicts a group of unidentified men standing before a commemorative plaque. 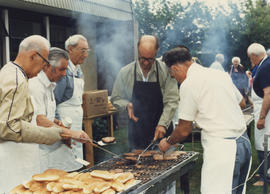 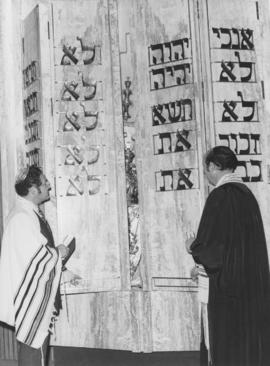 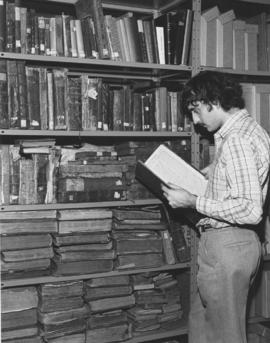 Photograph depicts a researcher looking through some old volumes in the Canadian Jewish Congress Archives.