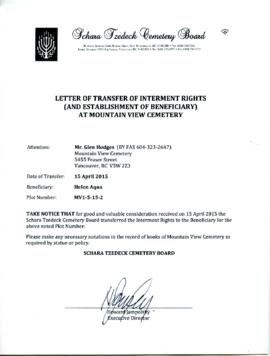 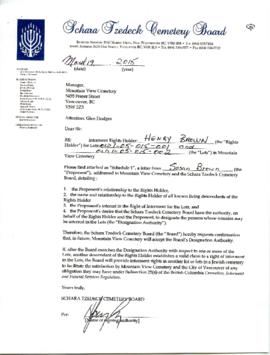 Letter from the Schara Tzedeck Cemetery Board to Glen Hodges, manager of Mountain View Cemetery, regarding designation authority on the burial plot of Henry Brown. Letter is dated March 19, 2015. Page 2 is restricted and omitted from this record. Please contact archivist for further details. 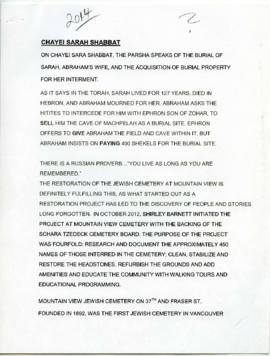 Copy of speech for the Mountain View Rededication Ceremony on May 3, 2015. 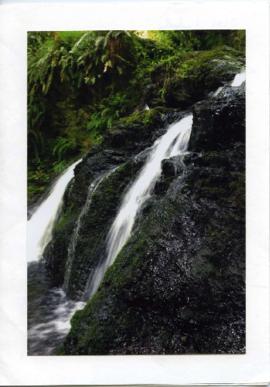 Card sent from Phyllis Silva-Keith, on behalf of the Kulimovitch and Weinstein families, to Schara Tzedeck Cemetery Board, Shirley Barnett and Myra Adirim, thanking them for the restoration work done on their family members' graves. Card is dated July 1, 2015. 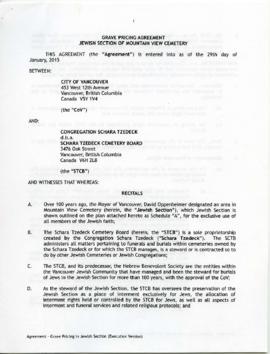 Grave Pricing Agreement for the Jewish section of Mountain View Cemetery, dated January 29, 2015. Agreement is between the City of Vancouver and Congregation Schara Tzedeck d.b.a. (doing business as) Schara Tzedeck Cemetery Board. 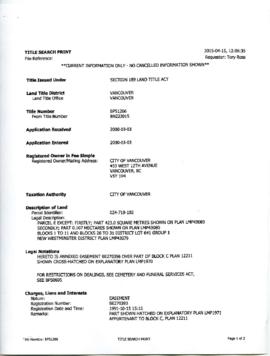 A title search on a burial plot at the Jewish Cemetery at Mountain View. Document is dated April 15, 2015.

Guest book containing names of people who attended the Mountain View Rededication Ceremony on May 3, 2015. (Pages 9 and 10 are restricted and omitted from this record. Please contact archivist for further details.) 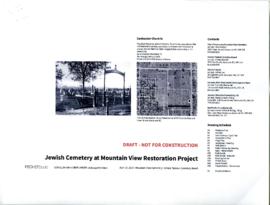 A draft of a plan for the Jewish Cemetery at Mountain View Restoration Project from Pechet Studio and Cornelia Hahn Oberlander. The draft of the plan is dated April 29, 2014. 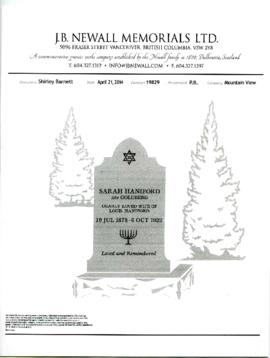 Document, dated April 21, 2014, shows an image of the proposed gravestone, including the inscription, for Sarah Haniford (née Goldberg). Sarah Haniford was born on July 19, 1878 and passed away on October 6, 1922.