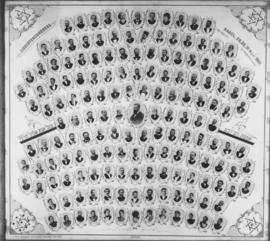 Photograph depicts a document which contains the names and portraits of the 162 delegates of the first Zionist Congress of the Zionist Organization that occurred August 29-31, 1897, in Basel, Switzerland. The Congress was headed by Theodor Herzl (... 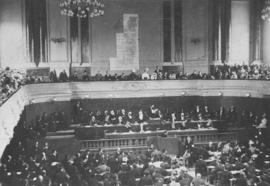 The fonds consists of a large portion of the photographic archives of the newspaper dating primarily from 1960 to 1990, microfilm copies of back issues including material published by predecessor community newspapers, and hard copies of recent &qu... 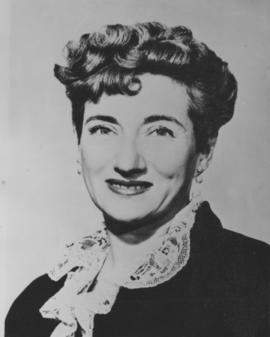 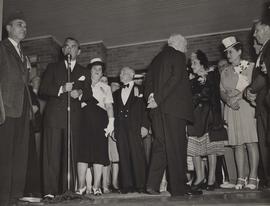