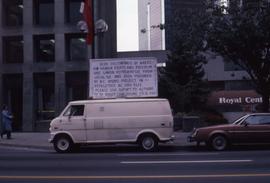 Colour Kodachrome 35mm slide depicts a sign on the top of a white van which begins with the sentence: "Been Discriminate By American Human Rights and Freedoms". 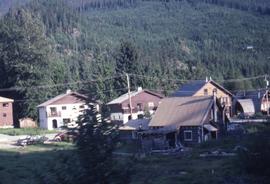 Houses surrounded by trees with a mountain in the background

Colour Kodachrome 35mm slide depicts houses surrounded by trees with a mountain in the background. 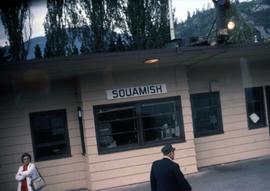 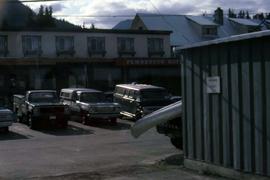 Cars parked in front of the Pemberton Hotel 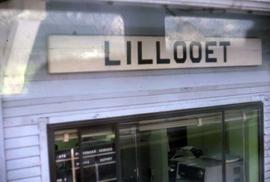 Colour Kodachrome 35mm slide depicts a train station with a sign over the window that reads: "Lillooet". The image was likely taken from a train window and there is a reflection of the train windows on the image.