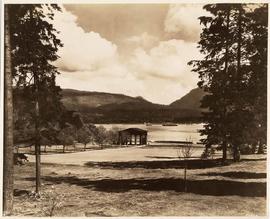 Photograph depicts climbers on Siwash Rock. According to Skwxwú7mesh (Squamish) legend, Siwash Rock is the transformed body of a Skwxwú7mesh man who asked the great Transformer Q'uas for nothing more than prosperity for his people. Q'uas transformed him to rock so that he could serve as an indestructible monument to selflessness.

Large rock formation with wide base in water; small waves crashing against base; small sapling growing on top of formation; four climbers using ropes at various heights on formation; boat with white sail in background 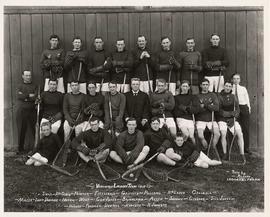 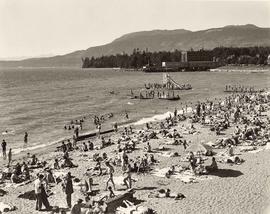 Crowds of people in bathing suits on the sane, with towels and parasols; people in water and on wharves in the water; tall brick structure and houses in background. 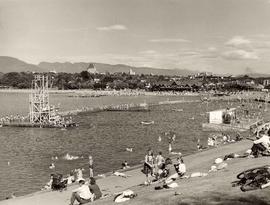 Groups of adults and children sitting on the grass and swimming or canoeing in the water; dock with diving board in left of image; Burrard Bridge and Hotel Vancouver visible in background. 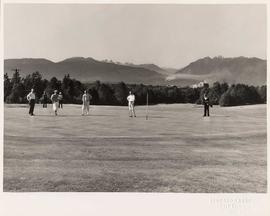 Photograph depicts seven golfers standing on the green at the Shaughnessy Golf and Country Club.