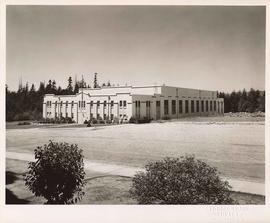 Building at University of British Columbia

Even though the supplied caption for this image indicates the building is the UBC administration building, the windows running along the side of the building, as well as the heavy wooden doors at the entrance suggests it is more likely that this is an exterior shot of the armory building. 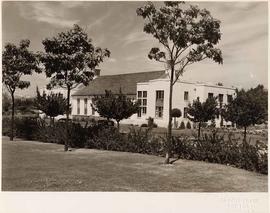 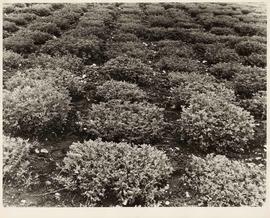 Close up of sectioned, low, shrub-like plants with the appearance of clover. 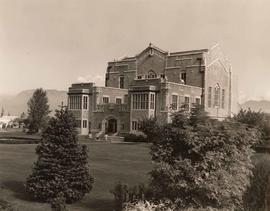 Angled front shot of a large stone, neo Gothic building; stairs flanked by lamp posts on either side lead up to main entrance; foliage in foreground of image. 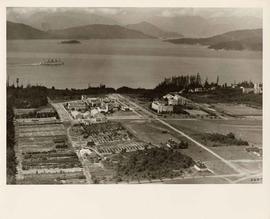 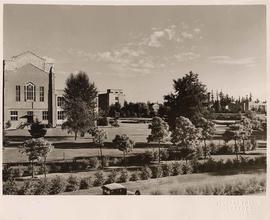 View of University of British Columbia buildings and grounds 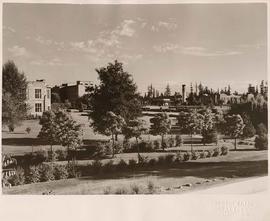 View of University of British Columbia buildings and grounds

Four buildings; silo-like structure in middle right of image; view of buildings partially obscured by trees in foreground of image. 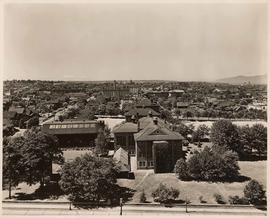 View of buildings around U.B.C.; buildings appear to be more residential than for educational purposes; tree lined streets with sidewalks; larger, multi-story buildings in middle of image; presumably looking towards the ocean. 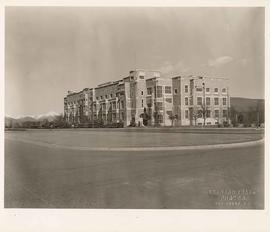