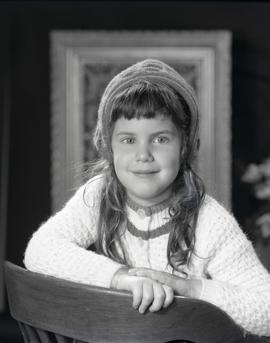 Interview with William Katzin. Interviewed by Bill Gruenthal. William talks about his family's history and compares Jewish life in Cape Town to Vancouver. William talks extensively about Jewish education and reflects upon the role of Judaism on his life. He also discusses his career as an accountant, and his wife's career as a travel agent.

Oral history interview with George Mate in preparation of the 2010 Camps exhibit.

Oral history interview with Dr. Jack Moscovich, who was born in England but grew up in Alberta. Jack's parents came from Romania where his father served as captain in the Romanian cavalry ca. 1892. Began practice in new clinic setup by Dr. Maurice Fox and Dr. Morris in 1934-35. Jack founded the VGH Outpatients' Department. Stationed in Farnham, England during the Second World War until 1943; than Vancouver unit #11 of Canadian General Hospital. Was director of VGH Outpatients Department and late in 1974 was asked by British Columbia's government to investigate welfare and medical situations. Jack's work directly led to the Medical Services Plan.

Oral history interview with Thelma Ginsberg, who was born in London, Ontario in 1925. She worked at and served the community in the National Council of Jewish Women, the United Artists Corporation - Film Exchange, the Jewish Orphanage of Western Canada and Louis Brier Home for Aged. Her husband Harold tells of his great uncle , sculptor, Mark Antokolsky.