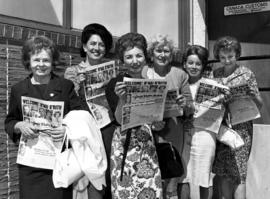 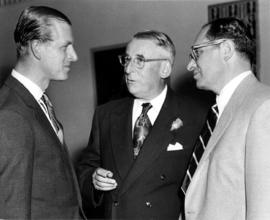 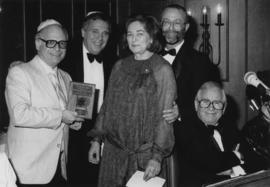 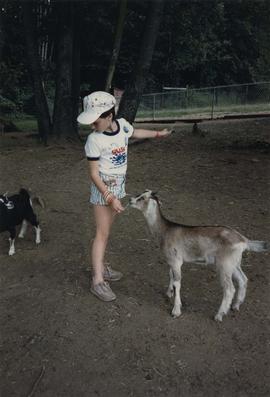 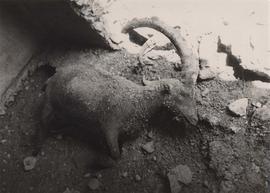 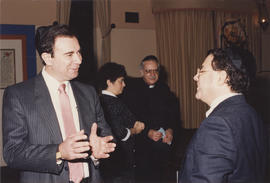 Photograph depicts Jerry Adler (left) and Ted Zacks (right) in conversation, with Father Michael A. Daniel and an unidentified women in the background. 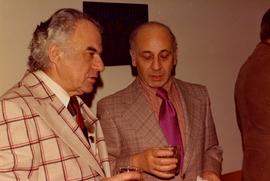 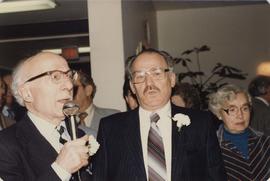 Photograph depicts an unidentified man speaking into a microphone with Chaim Kornfeld beside him.