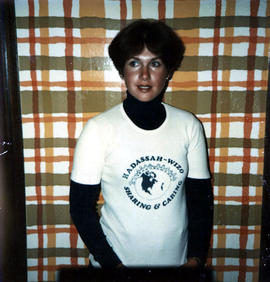 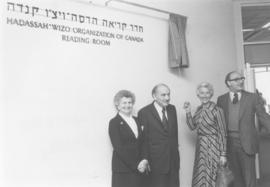 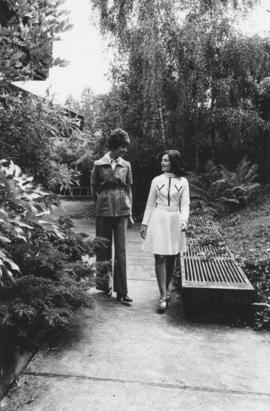 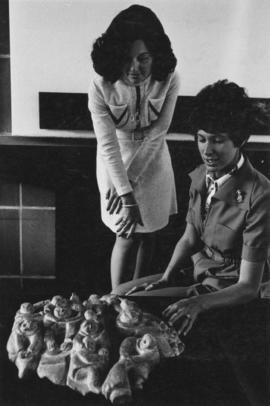 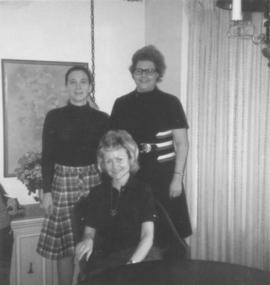 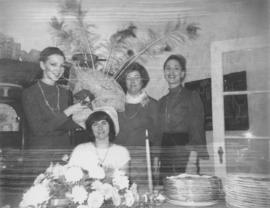 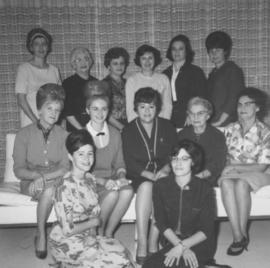 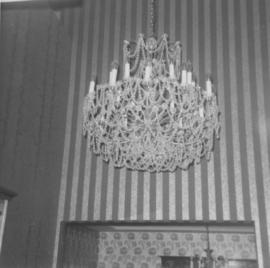 Photograph depicts the Strauss chandelier in the entrance foyer.