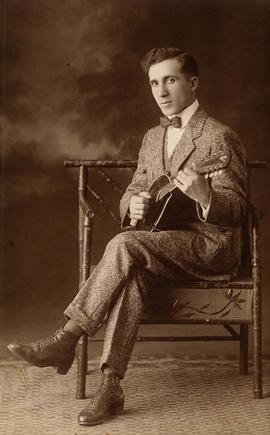 Photograph depicts Boris Victor in Winnipeg posing with a guitar.