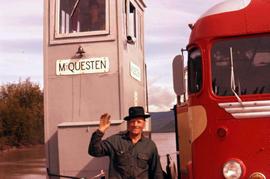 Man standing next to a red bus at a ferry station, part of Dawson City, Yukon

Colour Ektachrome 35mm slide depicts a man standing next to a red bus at a ferry station, part of Dawson City, Yukon. 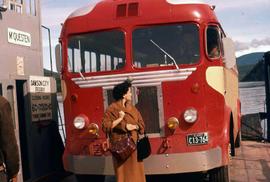 Phyliss Snider standing next to a red bus at a ferry station, part of Dawson City, Yukon 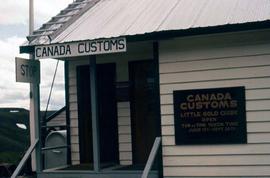 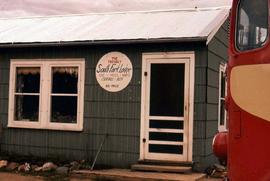