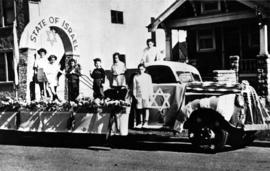 Photograph depicts children on the back of float decorated to celebrate the establishment of Israel. 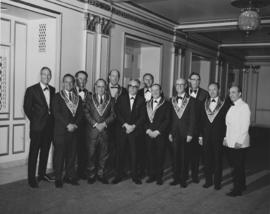 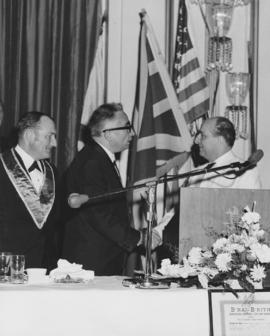 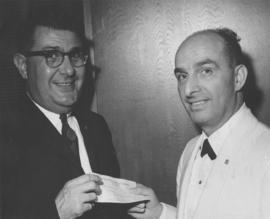 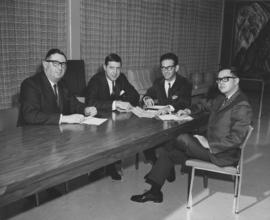 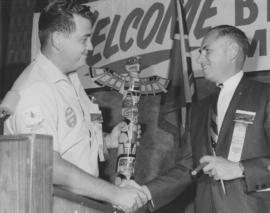 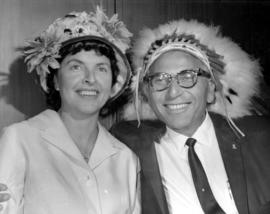 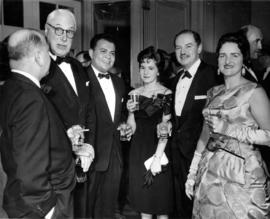 Couples at a B'nai B'rith party