Oral history interview with Meta Zalkowitz. Her husband and later her sons were partners in a glucose plant in New Westminster. Meta was active in New Westminster's Hadassah chapter and continued involvement by joining Vancouver's chapter after moving.

Oral history interview with Sarah Ann Ciacci who is known for her volunteer efforts such as in the; Jewish Women International, B’nai Brith Women, Soviet Jewry Action Committee, Jewish Women Against Domestic Violenc, been on Board of Governors of Jewish National Fund for more than 11 years, chaired the Tu-B’shvat campaign for 14 years; has been on Cdn. Jewish Congress board - 1996-2003, representing J.N.F, since 1986 has been involved in Shalom B.C., has been involved at Temple Sholom since 1978. 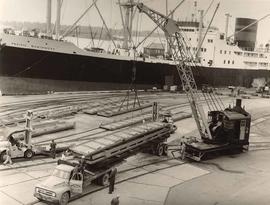 Photograph depicts trucks being loaded at the Pacific Coast Terminal.

Flat bed truck being loaded by a crane in foreground of image; forklift and pallets behind truck; ship with name "PACIFIC NORTHWEST" on hull in background. 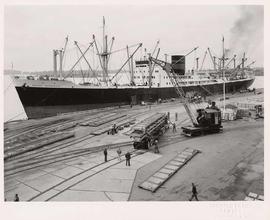 Oral history interview with Carole Abramson in preparation for the 2015 Scribe on Jewish clothiers. 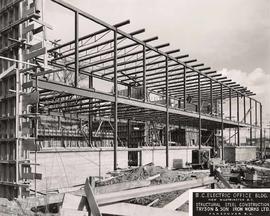 Two storey metal and concrete frame of building; wood framing on left side of building, to enable setting of concrete; scattered lumber in foreground of image.

Oral history interview with Ernest ("Smoky") Smith who was born in British Columbia in 1914. Ernest fought in Italy during the Second World War under the Seaforth Highlanders of Canada, earning a Victoria Cross for his actions on the Po river. Noteworthy for how he received his cross. 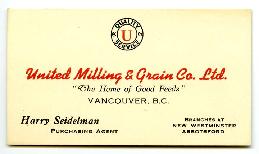