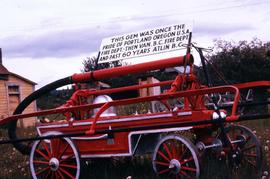 Colour Kodachrome 35mm slide depicts an antique fire engine that was in operation in a few locations with its final resting place in Atlin, B.C. Sign reads: "This gem was once the pride of Portland, Oregon, U.S.A. Fire Dept. - then Van. B.C. Fire Dept. and past 60 years Atlin B.C." 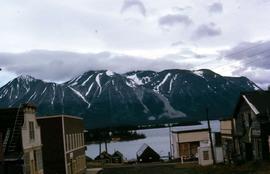 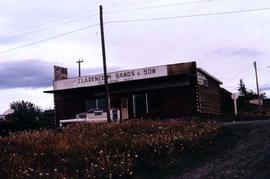 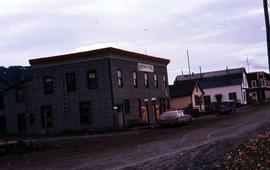