Colour Kodachrome 35mm slide depicts a building under construction with two yellow cranes with a sign on the bottom of the image which reads: "B.C.'s Construction Industry is Big". 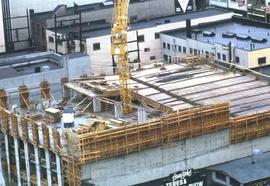 Colour Kodachrome 35mm slide depicts a building under construction with a yellow crane with a portion of a sign on the bottom of the image with the words "Tonight, Teresa, Show" visible. 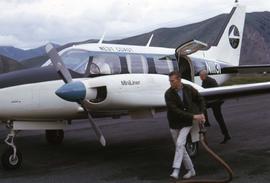 Colour Kodachrome 35mm slide depicts a small plane with one man boarding the plane and one man walking away from the plan holding a hose. On the side of the plane there is a logo and the words: "N11131", "West Coast" and "mini liner". 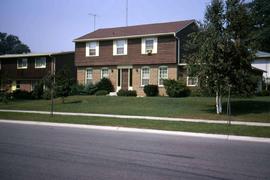 Exterior of a house

Colour Kodachrome 35mm slide depicts a house, which is likely the Snider's house in West Vancouver. 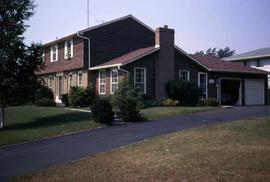 Side angle of what is probably the Snider's house

Colour Kodachrome 35mm slide depicts a side angle of what is probably the Snider's house.