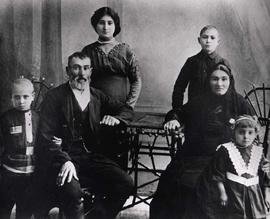 An Oral history interview with Louis Zagin who was born in Vilna in 1885. He lived in many cities across Canada including: Montreal; Toronto; Brandon, Manitoba; Moose Jaw, Saskatchewan; Trail, BC; and Vancouver. He was a Labour Zionist.