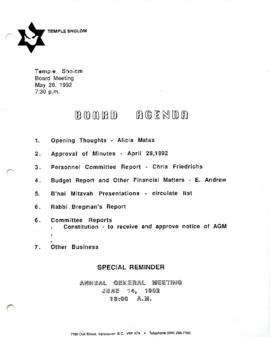 Oral history interview with Ann Krieger. Ann speaks on the Jewish community in Vancouver around the early turn of the century. She speaks of O’Bryan Hall and the two Jewish groups - orthodox and reform - that had no meeting place for High Holy Days, and rented O’Bryan Hall and held services together. They hired a rabbi (from Seattle).

Milton brought the business over to Vancouver, which became head office, with Victoria still in operation.

Ann remembers Milton as a very fine man, and felt sure he must have been active in the community. His wife Amy was Jewish (she was a Leiser), but anti-Semitic, and had no Jewish friends at all. David married a non-Jew, and Milton objected to the marriage. Edith had a few Jewish friends, but knew the Wassermans and the Evans family; she was sent to Berkeley to meet Jewish people.

Ann tells of a collection of Oppenheimer memorabilia that Edith had and suggests that Cyril contact her about seeing the material and copying some of it. 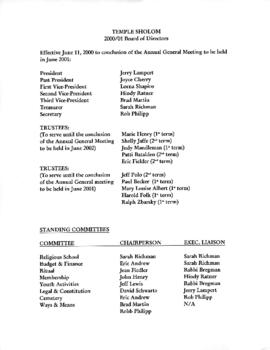 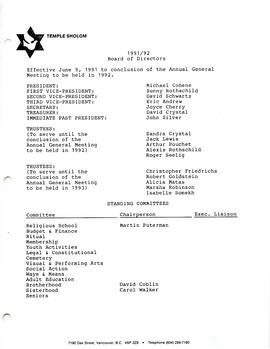