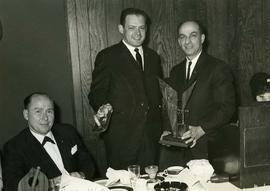 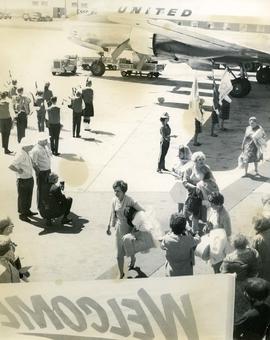 Photograph depicts the scene at the Vancouver airport in 1964 leading up to a B'nai B'rith convention. A crowd gathers under a welcome sign, while convention attendees arriving in Vancouver are greeted by a pipe band and flag bearers. 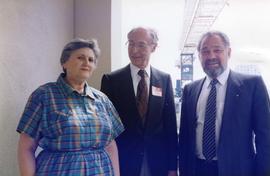 Photograph depicts Bella Kanevsky on the balcony of her apartment at B'nai B'rith Manor during the building's official opening ceremony. Standing with her (left to right): Stan Korsch (President of the B'nai B'rith Building Society) and Rabbi Wilfred Solomon. 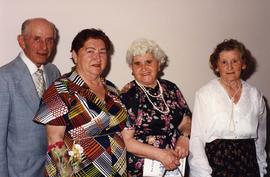 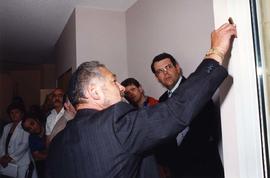 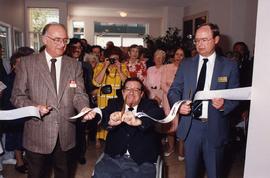 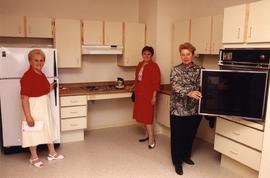 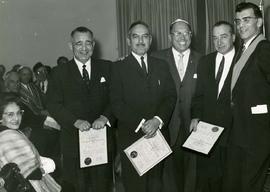 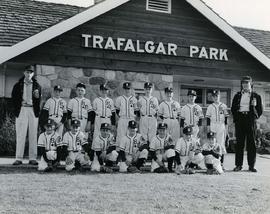