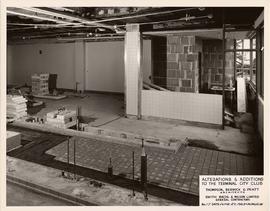 Alterations & additions to the Terminal City Club, southwest, no. 18

Photograph depicts alterations and additions to the Terminal City Club. The Terminal City Club began in 1892 when the mayor and several prominent businessmen founded a businessmen's club. The name is derived from Vancouver being the terminus of the Canadian Pacific Railway. The club is currently located at 837 West Hastings Street, Vancouver, British Columbia.

Interior shot of room with white, square tile walls; sheets of tile and Allan block on floor; corner window in right side of image.

Photograph depicts an altitude view of the harbour.

Series consists of correspondence, invitations, programs, clippings and a variety of ephemera and general textual records. 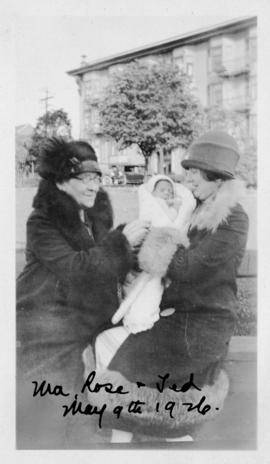