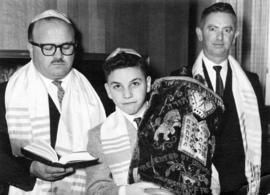 Photograph depicts a boy carrying the Torah Scroll with two unidentified men beside him. 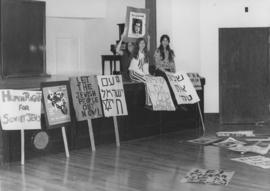 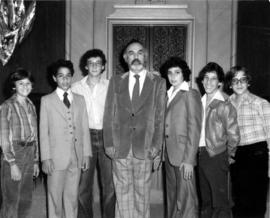 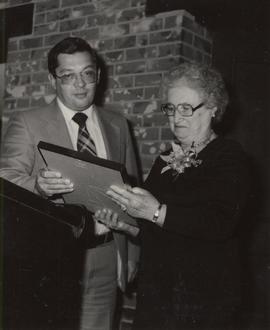