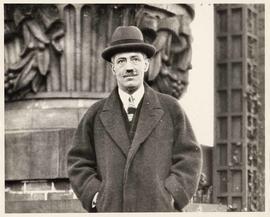 Half body shot of a middle aged man with a mustache; wearing a heavy wool overcoat and fedora, looking off into the distance; appears to be standing in front of some sort of baroque sculpted pillar. 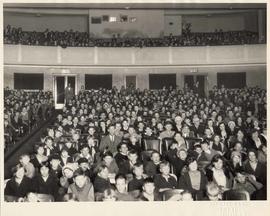 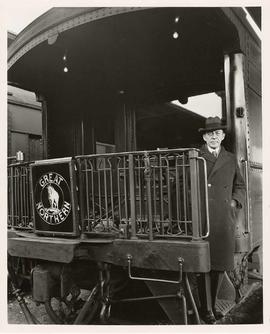 Man in overcoat and fedora standing to right of Great Northern caboose; sign on railing of caboose reads "GREAT NORTHERN" with a mountain goat in the middle. 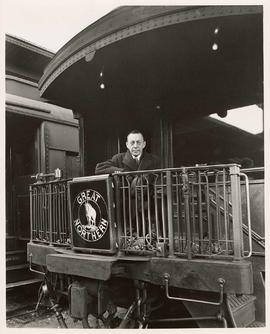 Man in overcoat, holding a fedora sitting on a stool on a caboose of the Great Northern Railway; train car partially visible to left of caboose. 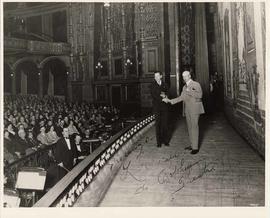 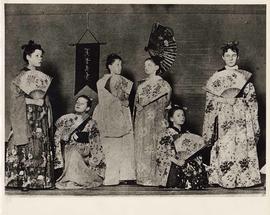 Performers in Japanese costume, with fans 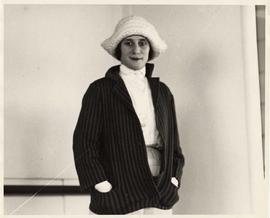 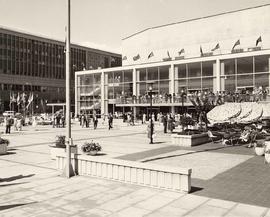 Photograph depicts a crowd gathered in front of the Queen Elizabeth Theatre.

Sidewalk and outdoor patio with umbrellas and shell chairs in foreground of image; three storey building with window facade and taller extension in read in middle of image; main Vancouver post office in left background of image. 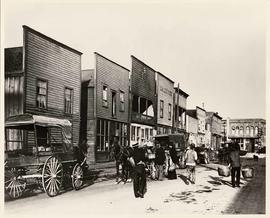 Five men on dirt road in front of wooden storefronts; sign painted on storefront in middle of image reads "Gim Lee Yuen"; horse-drawn buggies parked on left side of street; black dog in street in background. 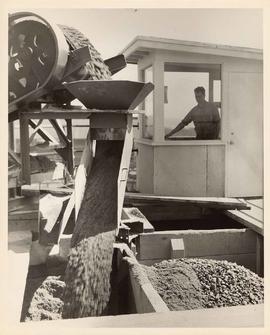 Man in wooden booth with hand on control board; conveyor belt and funnel system carrying concrete in left side of image; concrete is being poured into wooden framing.