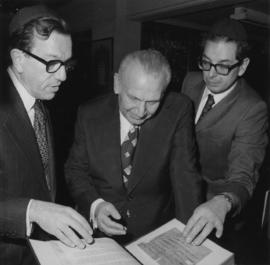 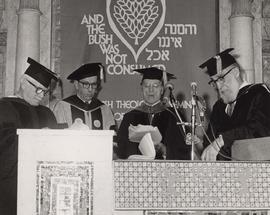 Interview with Rabbi Carey Brown. Interviewed by April Thompson for the Feeding Community podcast. Rabbi Brown of Temple Sholom talks about the Jewish community in Vancouver, and the differences in Ashkenazi Jewish cuisine across North American cities.

Interview with Ruth Wingerin. Interviewed by Nassa Selwyn. Ruth talks about her family and her mother's contributions to the Bnoth Zion in South Africa. Ruth continued to practice as a doctor after settling in Vancouver, BC, and discusses Jewish life in the city.

Interview with Efrem (Eppy) Rappaport. Interviewed by Debby Freiman for The Scribe, 2018. Eppy talks about the foods he ate growing up, and how he came to own the original Omnitsky Kosher in Winnipeg before opening more stores in Vancouver. He compares the Jewish and non-Jewish clientele in Vancouver to Winnipeg and discusses the difficulties of operating a kosher deli. 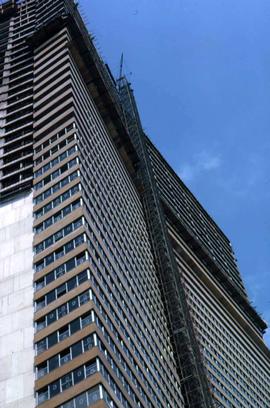 High-rise building under construction with blue sky in the background

Colour Kodachrome 35mm slide depicts a high-rise building under construction with blue sky in the background. The image is taken from the ground looking up to the top of the building. 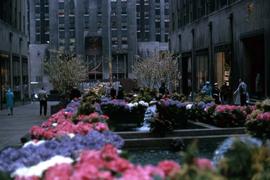 Square with fountains surrounded by flowers

Colour Kodachrome 35mm slide depicts the Rockefeller Center square with fountains surrounded by flowers, as well as people walking around the square. The square is surrounded by buildings.