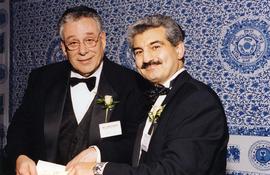 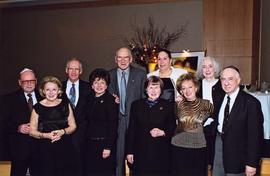 Photograph depicts Mort and Irene Dodek (second couple from left) and others at an unidentified brotherhood event. 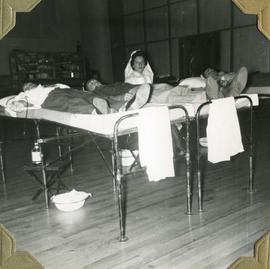 Photograph attached to scrapbook. It depicts three unknown men donating blood at a B'nai B'rith blood bank, while an attending nurse looks on. B'nai B'rith Lion's Gate Lodge organized a blood bank clinic at Beth Israel synagogue in May 1958. Corresponding photos of this event can be found in other scrapbooks. 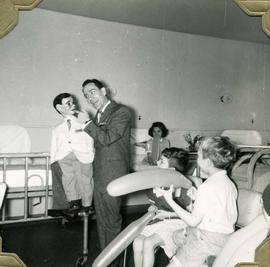 Photograph attached to scrapbook. It depicts a ventriloquist performing for patients at Vancouver Children's Hospital during an Easter party. The party was arranged by B'nai B'rith Lion's Gate Lodge.