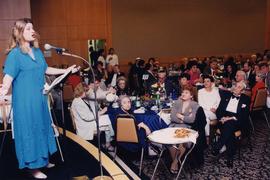 Photograph depicts a large group of people sitting at table listening to Aviva Lacterman sing. Aviva is standing on a stage on the left of the image singing into a microphone. The image was taken at Ben Dayson's 90th birthday held at Schara T... 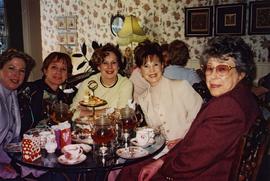 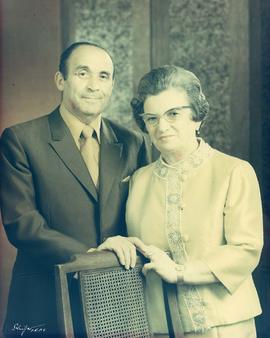 Photograph depicts Ben and Esther Dayson posing for a portrait. There is a photographer's mark in the left corner that says: Schiffer F.R.P.S. On the verso of the image is written:'Fred Schiffer, F.R.P.S.Vancouver, B.C. 4167' 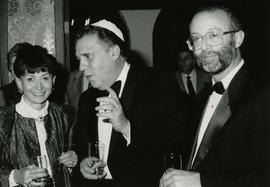 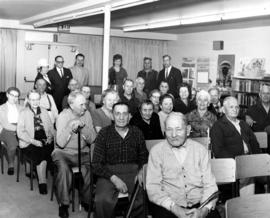 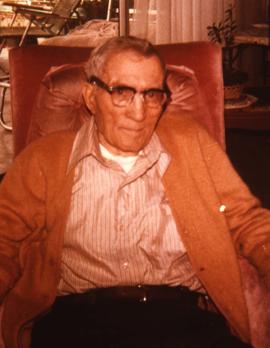 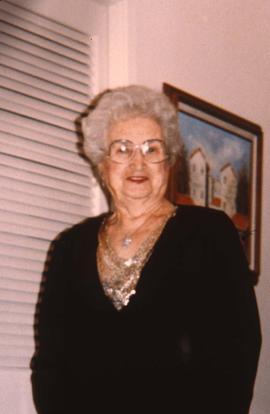 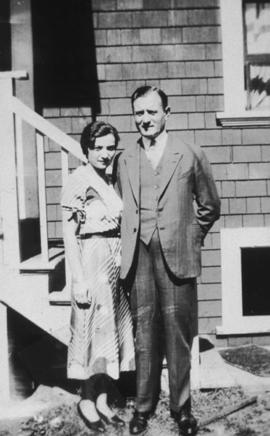 Photograph depicts Esther and Charlie Nemetz, at a house on 11th & Hemlock. Other copies available; refer to PastPerfect for details. 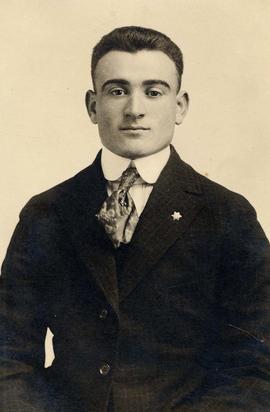